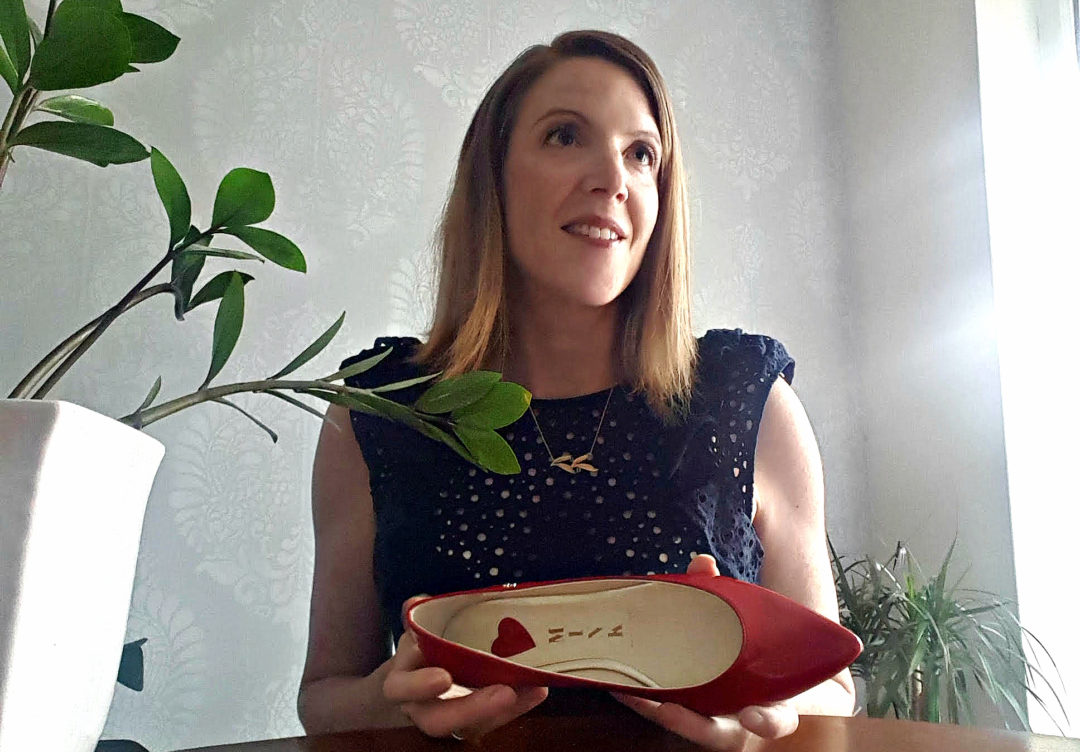 Dr. Sylvian Charlebois, a professor at Dalhousie University, just recently conducted a poll to determine how many vegetarians and vegans there are in Canada. According to his results, 7.1% of Canadians are vegetarians, and 2.3% of Canadians are vegan. Although the number may seem like a small amount, the recent influx of new vegan foods, restaurants and products has been staggering. As the world becomes more and more conscious of the environmental impact of factory farms and animal cruelty, many retailers are also tapping into the world of veganism.

SOULiers Studio is a Canadian company founded by Lise Beutel, just a little over a year ago. Her promise is to bring vegans and fashion lovers together to her exquisitely curated selection of shoes and bags. SOULiers Studio is different than other vegan shoe and accessory retailers – the chic and on-trend collection transcends beyond the vegan consumer and can be worn by any fashionista. I got the chance to talk to Lise about SOULiers Studio, veganism and entrepreneurship.

How and why did you come up with the idea for SOULiers Studio?

I transitioned to a plant-based diet and then the natural extension for me was to start thinking about a fully vegan lifestyle, not using any products that are animal based whatsoever. I really like fashion and beautiful shoes, and in Canada, I really struggled to find good options. The idea incubated for a while, but I launched last April. I just decided to test the market because I saw an opening for people who are looking to buy vegan shoes but not have to compromise on them being fashionable as well.

Where did the name come from?

Well, to be honest, over drinks with a couple of girlfriends. We just threw around a bunch of things and ideas. The play on the soul with the shoes being vegan, and then being a sole of a shoe. It was a clever play on words. “Soulier” in French also translates to shoe.

What did you learn about yourself throughout the journey to create SOULiers Studio?

I’ve learned that I feel some pride about having built SOULiers Studio and connecting with people who are like-minded. I’ve learned that it doesn’t come easy, and it does require a lot of hard work. It’s not as though I intellectually thought it didn’t involve hard work, […] I always thought there was a bigger element of luck to it but you know that big brands that are successful have really applied themselves. 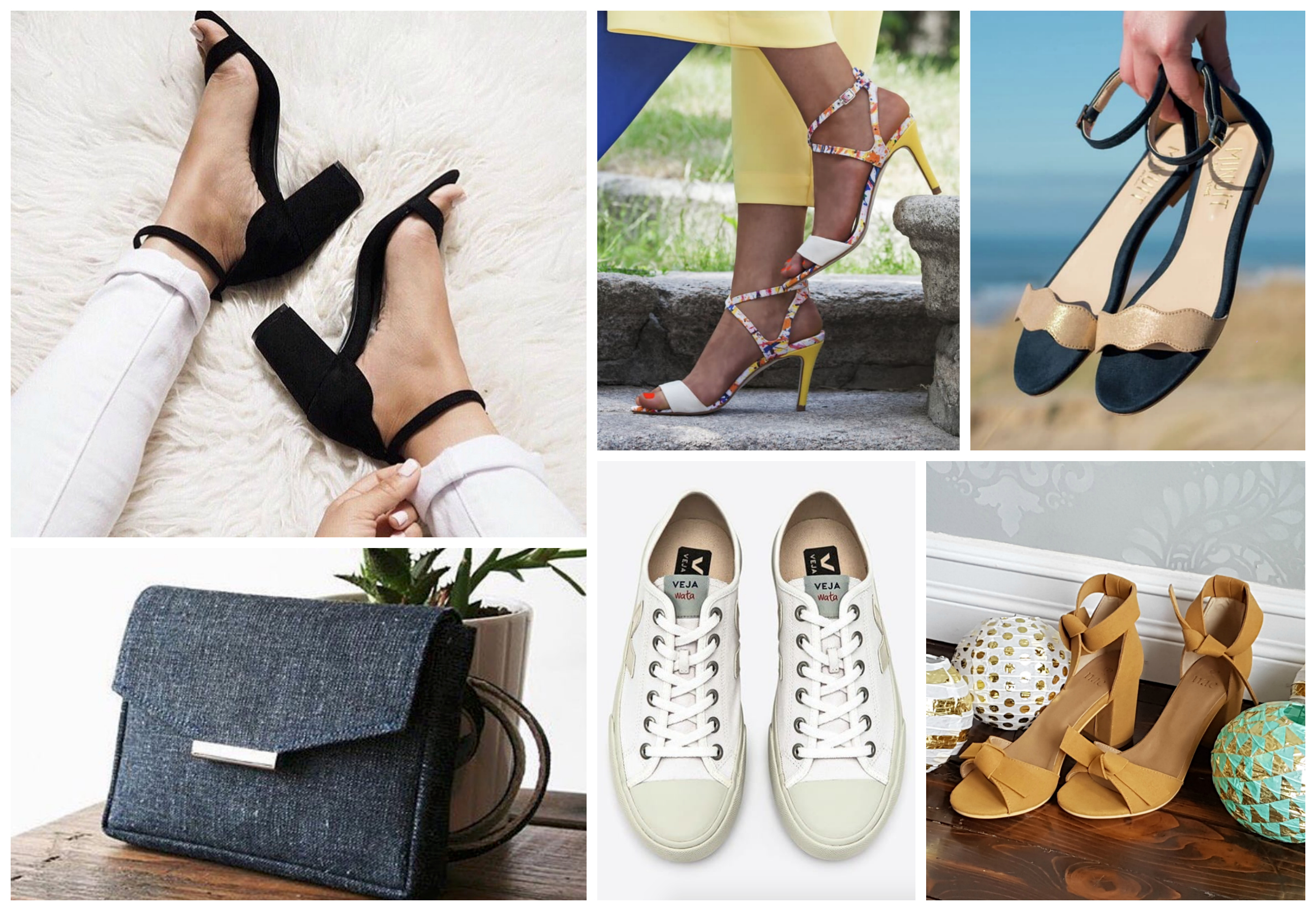 I became vegan about a year a half ago. I just became more and more informed about large-scale animal agriculture, the issues associated with it and the cruelty that goes on. As I became more informed, I decided that it would be the best path forward for me. I feel like it’s opened up a whole new world of both culinary and experience. The food is different but I don’t feel like I’m compromising. On the footwear and accessories side, it is definitely much harder to find. I’m hoping that SOULiers Studio is making it easier.

Do you have any advice or helpful tips for those looking to convert to a vegan lifestyle?

Transitioning to a vegan lifestyle should never come from a place of being judged, you should do it at your own time as it’s your own journey. It took me a long time, and now that I’m there, I wonder why but I needed to do it in my own time. There’s such an explosion now of vegan products because of the demand, so they’re getting better and better. If you’re looking to convert to a vegan lifestyle, do it in bite-sized chunks. There’s a lot of learning to be had, but I think there’s such a community out there. If you’re on social media, there’s tons of influencers on Instagram and there’s lots of local vegan community pages on Facebook. There’s many good resources out there these days.

What did you do before you started SOULiers Studio? Was there a specific moment that served as a catalyst for the idea to develop?

I worked in sustainability consulting so there’s a pretty good link between my previous job and SOULiers Studio. I spent a few months researching different brands, vegan shoes and I spent time looking at what was currently available in the Canadian market. I saw that there was an opportunity and at some point, I just decided to go for it.

What are some challenges you faced? How did you overcome them? Did you get any help throughout the process?

In some ways, the internet age is great because you can reach many people, but at the same time, it can be difficult to cut through the clutter. People are so bombarded with messages and advertising, it can be challenging to get your name out there. The other one is the notion of taking on inventory and taking the risk assuming you’re curating a selection of shoes that will connect with your intended audience. You always make a couple of errors in judgement on that and a couple that hasn’t sold as well, but for the most part, you try to learn from those experiences and better understand your clientele. It’s a constant learning and adjusting experience.

There’s nothing like learning on the job…I have an MBA and you go to school and learn the theory of all of it, but until you’re actually looking at your cash flow, your margins and managing your inventory and all of the things associated with running a business…you need to be physically doing these things to actually learn. 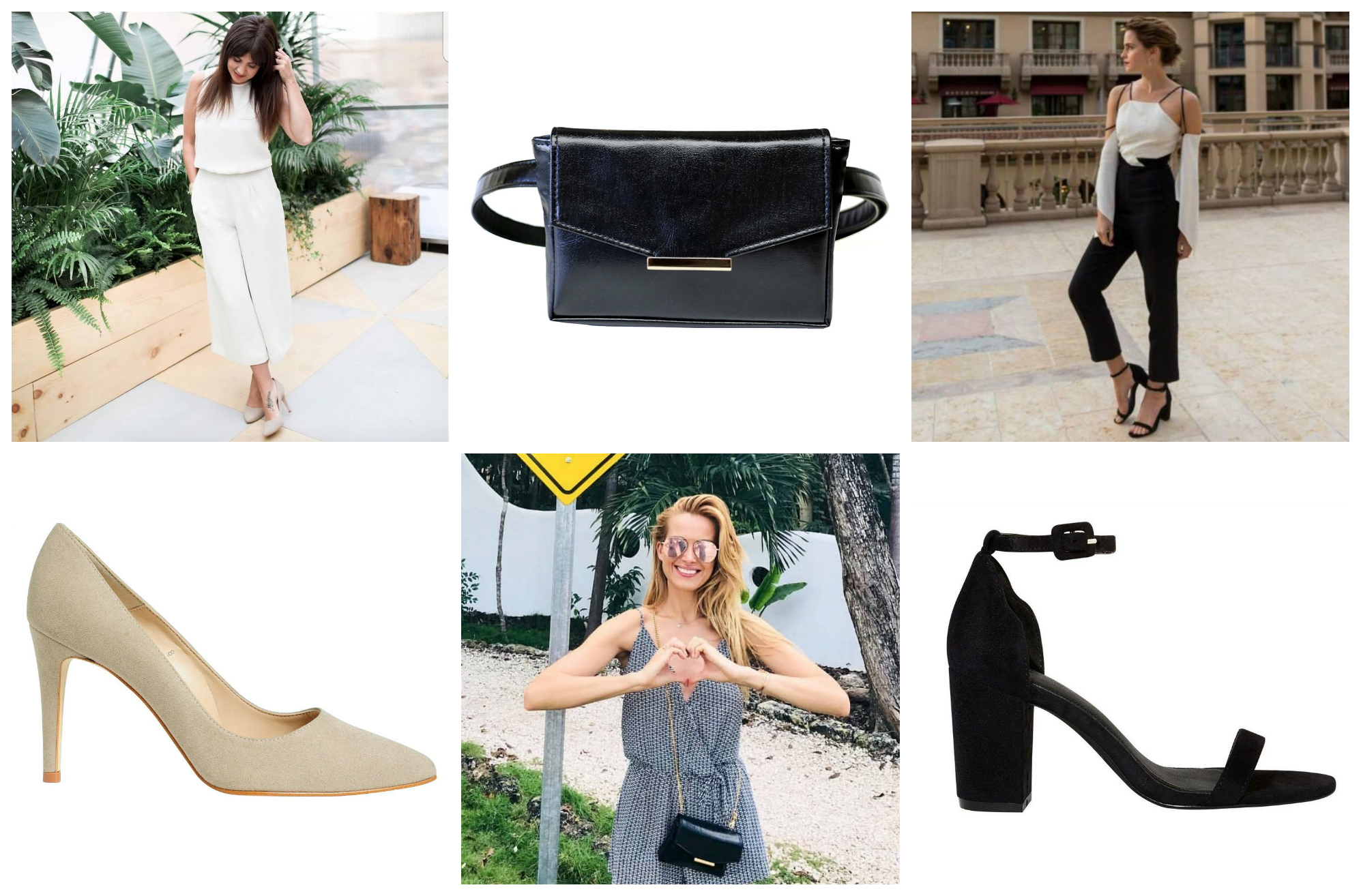 SOULiers just recently turned one …looking back, is there anything you would have done differently?

I would spend more time in advance of launching trying to get the word out there because I felt like I needed to make my website live and on day one and have inventory ready to ship. If I had spent some more time a month in advance really getting the word out I would get further ahead.

What are the next steps for yourself and SOULiers? Where do you see yourself in 10 years?

I’d like for the business to be sustainable, from an economic standpoint. I’d like to be the national go-to online retail store for vegan footwear and maybe branching out into some apparel like vegan silks, other accessories like belts and watches. I want to make it easier for people to find a pretty vegan fashion.

What are some tips/ advice that you would recommend to entrepreneurs just starting out?

The one I’ve heard quite a bit which is really interesting to me is to find a way to test your market, see if there’s uptake and then decide from there rather than investing thousands of dollars into something and find out that there isn’t a market for your product. I’d say conservatively test the market. I’m reading a book about one of the founders of a successful shoe company who wanted to see if there was a market for people buying shoes online. He set up a website and put photos up of shoes. He didn’t have inventory, so when he got an order, he would go to a brick-and-mortar store and buy the shoe and then ship it. He wasn’t looking to get money at this point, he was just testing the market.

Aggie is 21-year-old student studying art history and visual culture. She has a passion for fashion and beauty and loves to inspire those around her. 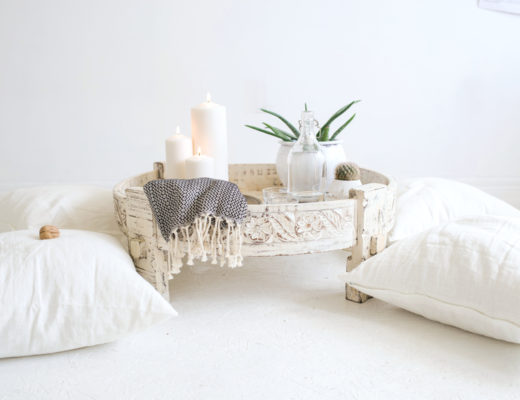 THE GERDU: Bringing a timeless piece of culture into your home 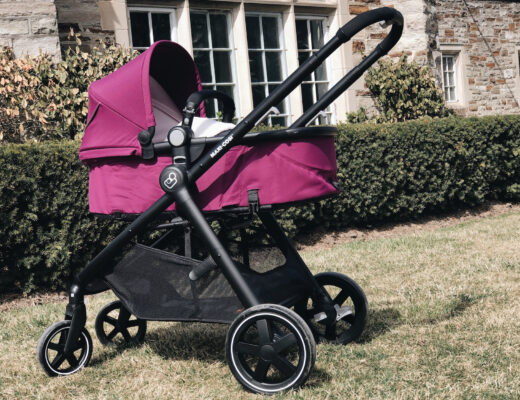 LIFE WITH A BABY – Choosing a stroller 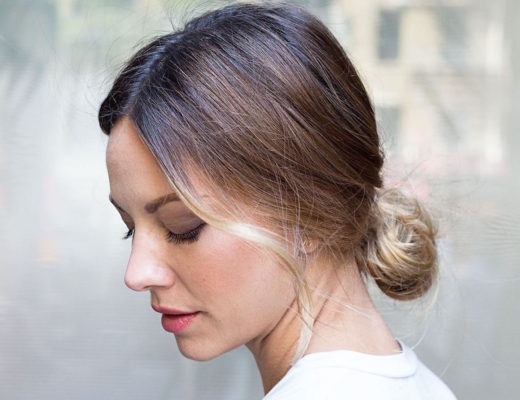 Behind the Scenes with Celebrity Hairstylist Sunnie Brook 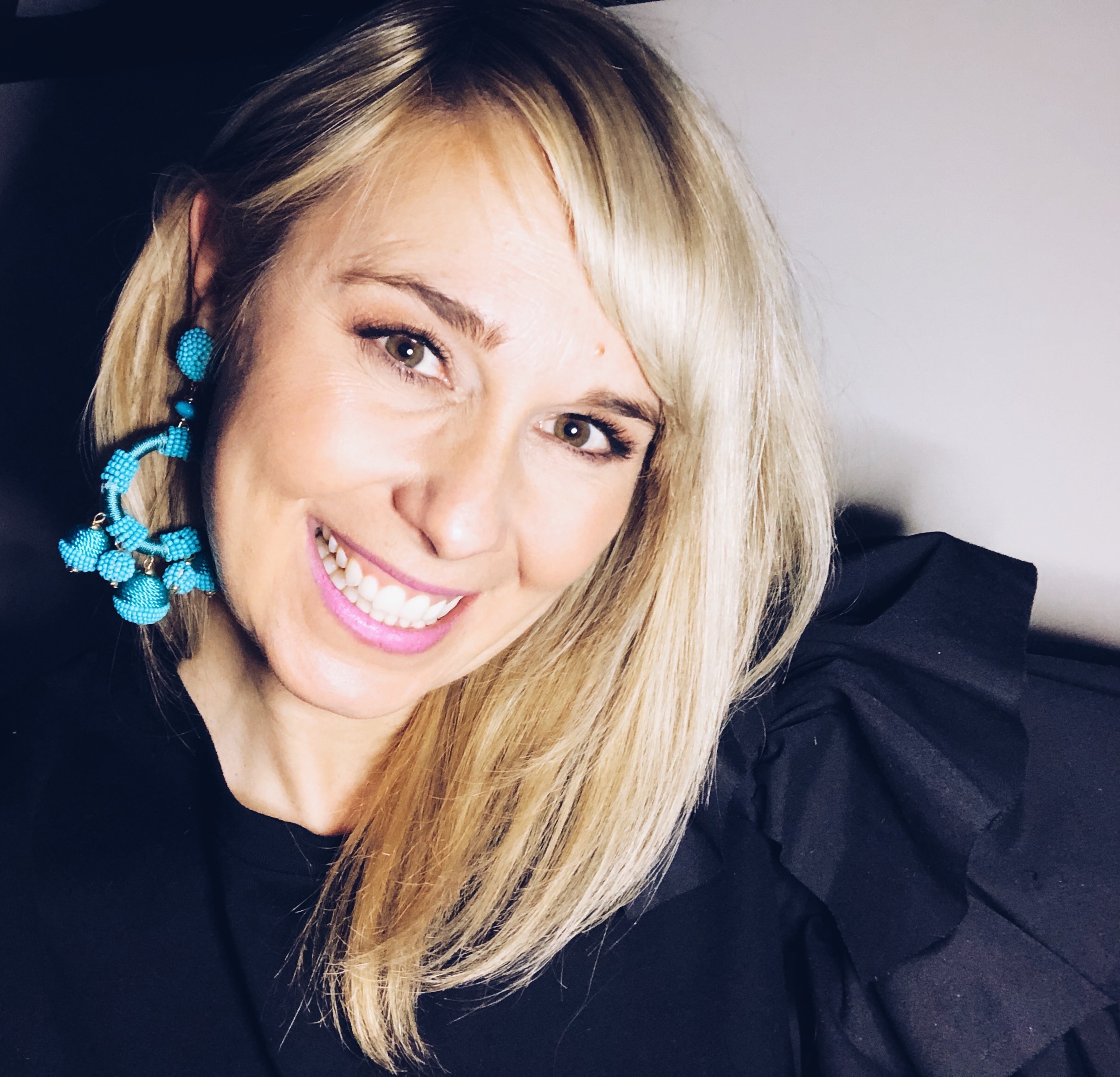